Book Review - Conversations With My Inner Atheist by Randal Rauser 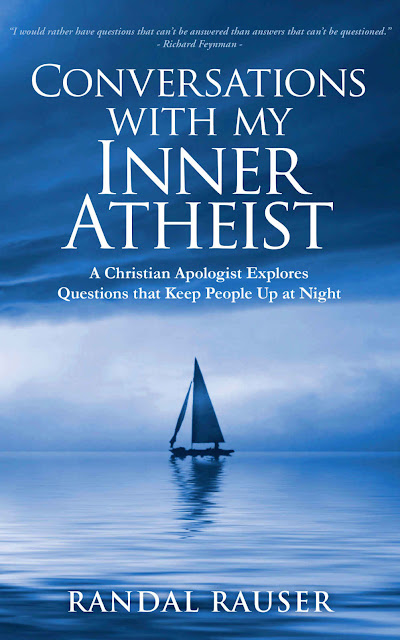 Noted Christian theologian and apologist Randal Rauser has a new book with a rather provocative title: Conversations With My Inner Atheist. I've seen his snippets of promotion on Twitter and while Randal and I have gone back and forth (sometimes testily) on topics for literally years, I have to admit that I like the guy.
In fact I don't just have a positive disposition towards him, he's helped me become a better atheist. This isn't to damn a Christian apologist with faint praise, it's that I've learned a lot about doing philosophy, various stances on a host of issues, a thing or two about the nature of the debate about gods existence, philosophy of religion, and how one should best defend ones views.
Given that, I felt a little indebted to the guy and so I wanted to read his new book and give it an honest review.  I've done this with plenty of his works in the past and he's got a good track record, even if I end up disagreeing with his conclusions.
Spoiler Alert: Randal doesn't disappoint. Let me tell you why.
The Premise
Randal’s introspection with his inner atheist takes the form of him writing for his own “devils advocate” named Mia which he then engages with throughout the book.
This is not a new technique for apologists or Randal specifically for the matter. He did it in his book The Swedish Atheist, the Scuba Diver and Other Apologetic Rabbit Trails. That said, all apologists are not created equal and while I’ve read plenty of apologetics books where the author sets up a strawman and dutifully tears it down, that’s absolutely not what Randal is doing here.
Quite the opposite he specifically says he is out to “steelman” his opponents position, stating it in the strongest and most faithful terms he can, and then goes after that position. I think he succeeds admirably in both presenting a strong articulation of the atheist position and then replies to it with well reasoned arguments.
Yet here I sit, still an atheist. How could I give this book a genuinely positive review if I don't find his answers convincing?
Well lets talk about good apologetics vs. bad, and the nature of the debate about the existence of a god.
How This All Works
The hard truth about arguing about god's existence is that it's a philosophical debate. It's the kind of question that by the nature of question you can't really settle on a conclusive answer. Contrary to popular presentation by both atheists and theists alike, there is no amount of pure "logic, reason, and evidence" that can be run through to conclusively show one side is correct. I must indict myself in this as much as anyone else, especially in my earlier years of doing this.
Note that this does not mean that there isn't a correct answer to the question "Does god exist?".
This also does not mean that one can not be justified and rational in believing that a god does or does not exist. I think both positions can be held rationally, and arguments marshaled on either side.
What it means is that where we end up in answering that question is going to be incredibly subjective because of the framing and plausibility structures we're going to bring to our approaches to the question.
This is itself a deeper topic I hope to cover in the future, but that's beyond the scope of this book review. What I want to point out is how Randal's approach in the book is so good because it acknowledges this rather messy and uncomfortable fact and then works from there.
Far too often apologists on both sides want to present their position as an absolute knockdown open and shut case that once you have followed the logic of their arguments you will inevitably come to the conclusion that their side is the right one.

I tend to get rather disgusted with that kind of over confident approach that is taken far too often in Christian (especially conservative) apologetics. 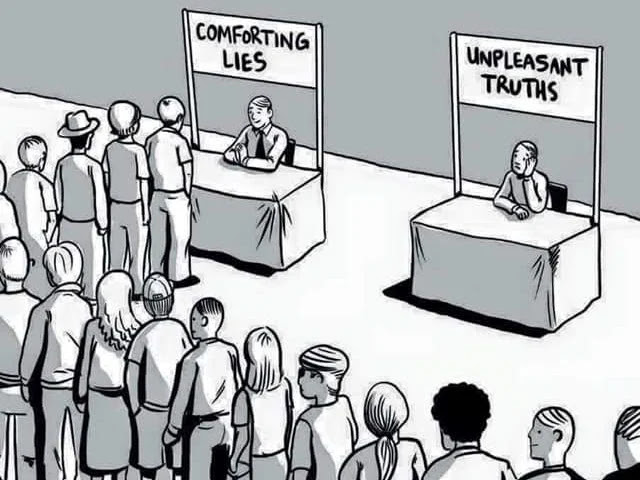 Far too often, the apologetics industry is about telling people what they want to hear
Randal does not take that approach; he starts with the unpleasant truth of the nature of the debate and our hopelessly biased approaches to the topic and then lays out his best defenses against objections to his beliefs.
This is one reason why I consider Randal to be one of the best Christian apologists around. I think he's particularly effective in the present moment and I think his style is the future of impactful apologetics as we proceed (happily from my view!) into a post-Christian society here in the US, Canada, and the EU.

The Book
Randal takes the reader through 26 different topics for a Christian to answer. Some questions are easier than others like "How can a Christian academic have intellectual freedom?" but then others are much harder such as "Why does god torture people in hell?" and "What about non-Christian religious experiences?".  Along the way he even touches on contemporary issues that act as catalysts for deconversion (such as my own) like "Why can't gay people just marry?". Of course there's a section on the problem of evil.
In each case Randal doesn't just provide a neat theodicy and move on. As per the gravity of the question he lays out a variety of responses a Christian can give while still staying true to the core tenants of the faith. At times he'll even point out that he's not sure which of the variety of rich theological positions he's sure of, but he knows that god has sufficient reasons for the tension and that options exist to go with so as to retain ones Christian faith in the face of such forceful objections.
As someone who has followed Randal's work for some time, this approach is nothing new. This is not to belittle him or his enterprise. It's quite clear that keeping Christians in the faith by removing issues that lead to apostasy is a large part of his mission and he approaches the topic admirably. This book isn't about winning new converts, Randal does that in other works (and neatly references them for future study).
What makes the book valuable is that he condenses all this into a mere 202 pages. I read the book in a few short hours and it was engaging. Randal's day job is a seminary professor and the book showcases his teaching bonafides as he illustrates complex philosophical and theological topics with easy to understand stories, examples, and plain good writing.
But isn't he wrong? How can you like this and disagree?
What I like a lot is how Randal doesn't pull punches on himself. Indeed sometimes Randal raises a question that he knows he can’t quite answer like in chapter 3 about the bible not being a good roadmap to salvation. What he does is provide an apologetic about how we shouldn't want the bible to be a roadmap - in fact because it’s not a roadmap it’s evidence that god never intended to give us one and that Randal is grateful for the complex book we have.

But then at least he gives Mia (his devil’s advocate) the last word in the chapter, coyly pointing out that the question was never really answered.
This is hardly the norm, but it's indicative of the books overall point and afterword - that a believer is going to be left with lingering questions and they have to wrestle with them. What Randal is doing is providing them with a well reasoned framework to use in that journey. It's this honesty and call to an active faith that doesn't shy from doubts that I'm sure thoughtful believers will appreciate the most.
While I disagree with much of his conclusions and I feel I could argue the point further in each chapter this isn't unexpected given the nature of the topic as I described earlier.  That said, I don't ever feel as if Mia was cut off prematurely so that Randal could make a neat apologetic point.
Conclusions
While I'm an atheist "counter apologist" and I in particular want to see less Christians and less theists, I appreciate Randal's honesty and approach. I can happily concede that many will find his arguments persuasive even where I do not.

Inevitably there will be Christians who doubt that will remain in the faith and if that's going to happen I'd prefer it was done with the well reasoned and honest arguments Randal presents instead of the false confidence pop-apologetics all too often instills in its readers.  At least those Christians will appreciate the true nature of the debate being had.
Also I should point out that the book is a mere $4.19 on Amazon Kindle! I've paid far more for far worse books written by lesser apologists. If you're interested in the debate at all (and who can't use some reading material in a self isolating pandemic) go buy a copy, for god's sake!
Posted by A Counter Apologist at 5:42 AM